About the CGCA International Visit

At the kind invitation of Mr. Simon Coveney, T®¢naiste and Minister for Foreign Affairs and Trade of Ireland, the CGCA has made a highly effective visit to the Republic of Ireland from November 3rd-11th, 2019. The delegation was led by Mr. Wu Lebin, Member of China Entrepreneur Club, as well as the Chairman of CASH Green Investment Co, Ltd. With the great support of the Embassy of Ireland to China, the CEC delegation has visited three cities of Ireland, which are Dublin, Naas and Galway. 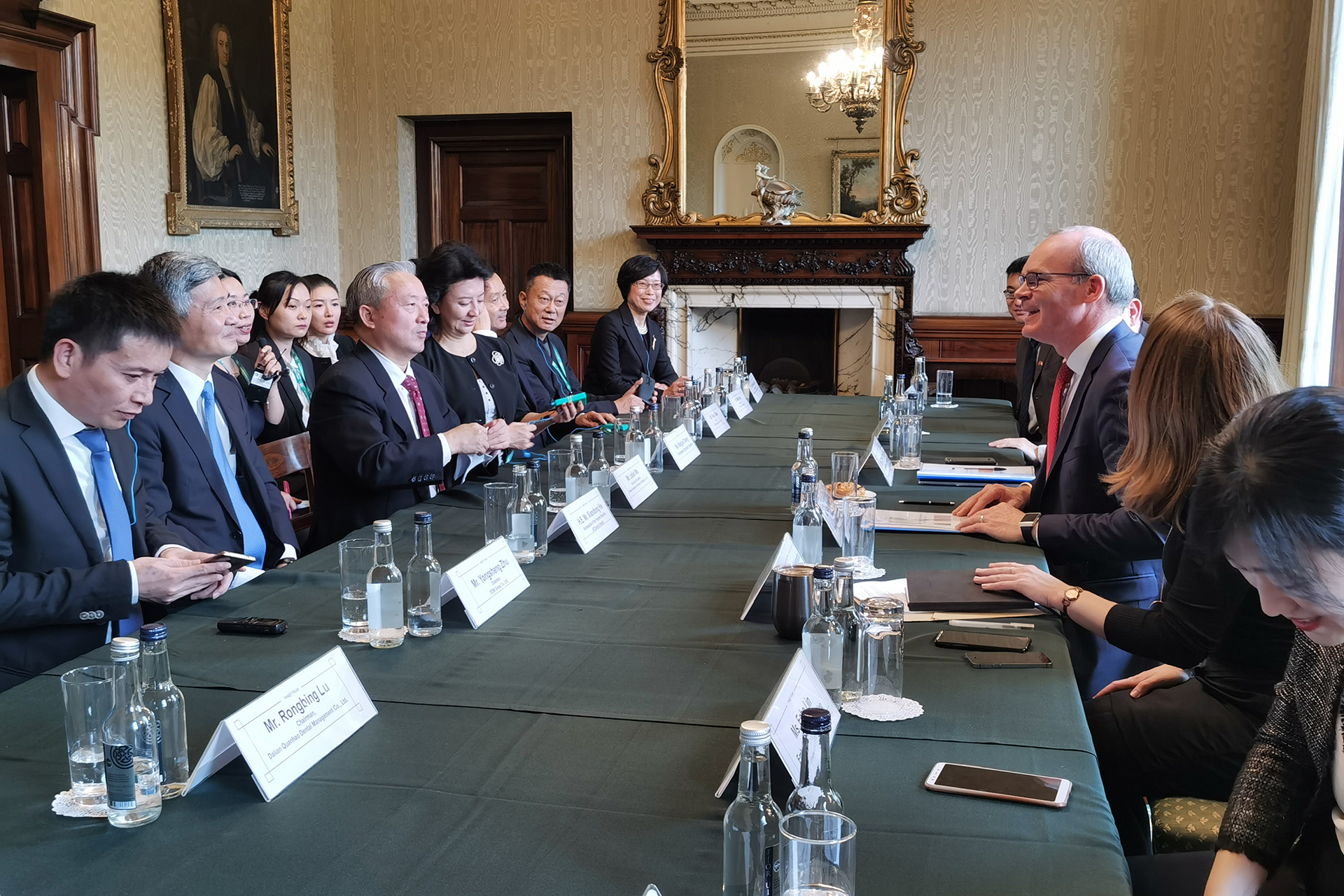 2018
2018 China Green Companies Alliance visit to Germany
From November 4th-10th, 2018, the CGCA delegation has travelled to Germany to deepen the Sino-German cooperation in industrial digitalization and innovation, as well as to seek out business, and investment opportunities. The weeklong tour consisted of 9 business visits.

From July 2rd-7th, 2017, the CGCA has flown to neighbouring Japan to start a week-long overseas tour. Themed as "Finding the core competitiveness of future enterprises", the delegation has visited the most representative Japanese companies and institutions such as Panasonic, MUJI, Toyota Motor, Shiseido, Mizuho, Fushouyuan, Kansai Cultural and Academic Research City.

2016
2016 China Green Companies Alliance visit to Sweden
From September 11th-17th, 2016, the CGCA has travelled to Sweden, the "land of innovation", to begin a seven-day overseas visit. During the visit, the delegation was invited to meet with Swedish Prime Minister Stefan Levine and conducted extensive exchanges with well-known leaders of the Swedish political and business community.

From November 28th to December 5th, 2015, the 25 members of the CGCA Overseas Delegation, led by Ma Weihua, conducted a week-long in-depth trip to Israel. The delegation has visited four multinational companies, six venture capital institutions and incubators, and 16 of their invested companies, as well as learned about ten companies in new energy, TMT and other startup companies with innovative technologies. Besides, the delegation also met with two well-known Israeli figures: former Israeli President Simon Perez; Israeli business legend, and founder and honorary chairman Steve Wittheimer of Iskar.